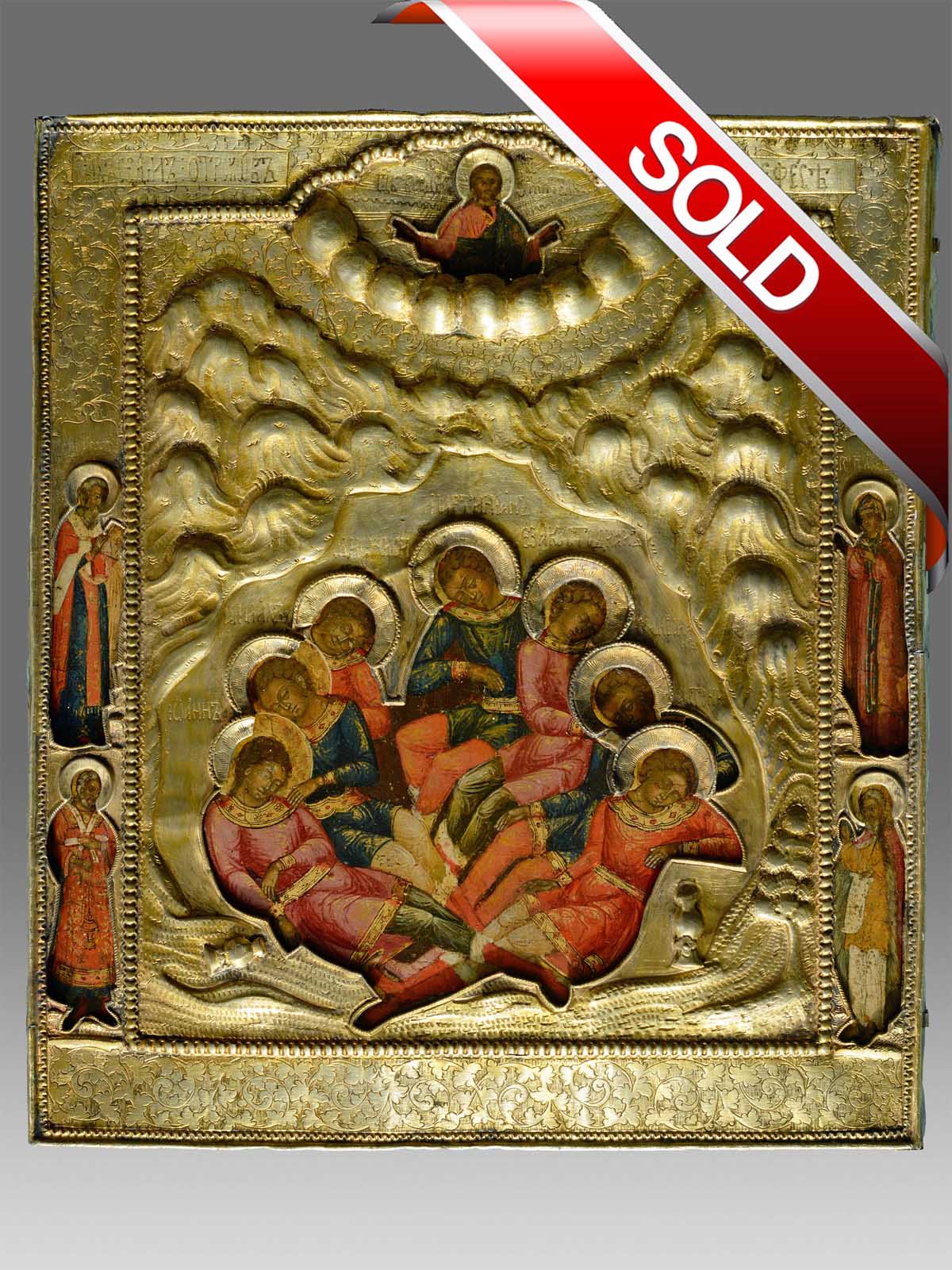 THE SEVEN SLEPPERS OF EPHESUS

Cypress wood Individual panel with egg tempera painting on chalk ground, above a finely engraved riza in silver with firegilding.

The Roman Emperor Decius (249-251 AD) subjugated the city of Ephesus in Asia Minor in the 3rd century AD. He built a temple in the city and demanded offerings. The seven brothers Maximianus, Malchus, Marcianus, Dionysius, John, Serapion and Constantine belonged to the upper classes of the citizens of Ephesus. When they were to be sacrificed, they fled to Mount Ceilon and hid in a cave in the mountains.

When the Emperor Decius was brought to the hideout of the seven, he let the cave with the sleeping brothers walled.

After 200 years in 448 AD, the wall of the cave was torn down by shepherds, whereupon the still-sleeping brothers awakened.

A scroll with two silver seals of Emperor Decius which was in the wall proved their legend.

The seven-napping day is the 27th of June and is considered an important date in the peasant weather calendar.